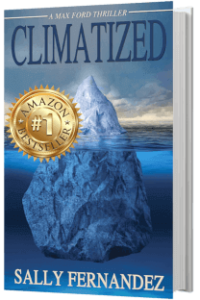 Maxine Ford, having resigned as deputy director of the States intelligence Agency, soon needed an outlet for her innate sleuthing capabilities. It only made sense that she would be destined to establish her own investigative firm. Naturally, her stellar clients would be among the Washington elite, including senators, members of the various congressional committees, along with other high profilers inside the beltway. 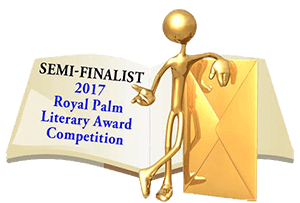 In the first novel in the series, Climatized, Max is hired by the wife of a prominent Senator to determine the cause of his untimely death. It leads her to discover that three world-renowned scientists had been killed days before they were scheduled to testify before the late Senator’s investigative committee. Meanwhile, a fourth scientist has gone missing. Max determines he is the key to unearthing the motives behind the deaths. Following the many twists and turns, Max and her associate, Jackson Monroe uncover a powerful organization responsible for the killings. The challenges to the global warming “cottage industry” heats up putting into question the alleged science behind the widely accepted climate change dogma. Cogent evidence is provided to the president, forcing him to make a crucial decision—to cover up a diabolical plot—or bring down a multi-trillion-dollar world-wide economy.

“Sally Fernandez, veteran novelist of political thrillers, presents the motivations behind, and discoveries made, during the writing of Climatized. Distinguishing science fact from hype, this now-available Max Ford adventure features real NASA personnel and as much hard evidence as can be fit into a novel already full of intrigue and suspense.” —Steve Jordan, Videographer