Time has flown by over the past couple of months, seemingly making little difference in my pace of life. However, certain events hitting the news wires recently may prove to make a significant difference in our future. Let me slow down…

Last Thursday, on February 20, I held a Book Launch Event in Sarasota to 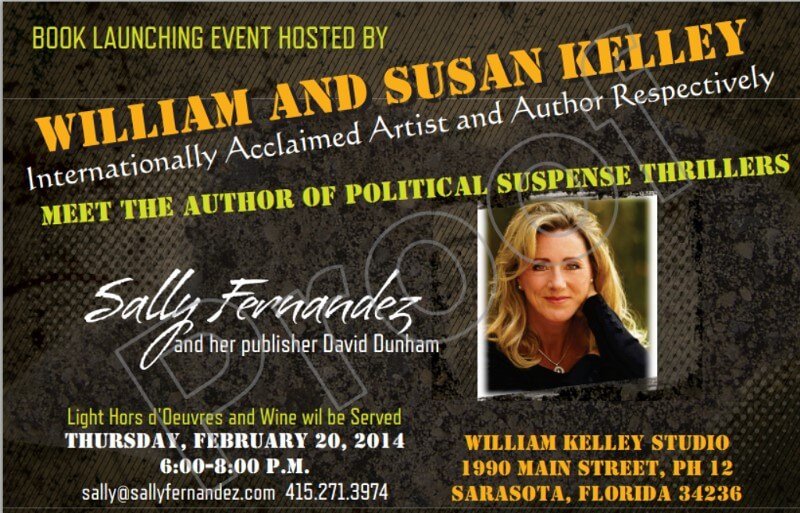 introduce the entire collection of “The Simon Trilogy” and to make available a pre-release copy of my latest political thriller, The Ultimate Revenge.

Then on February 17, Bret Stephens wrote an opinion column in The Wall Street Journal, titled “Climate Prophets, and Profiteers.” Mr. Stephens’ article highlights the activities of a mysterious man named Maurice Strong. It was prompted by the comments of the U.S. Secretary of State John Kerry, lauding the purported accomplishments of a man who has been referred to as the “Father of the Environmental Movement.” However, Mr. Kerry’s accreditations are a far stretch from the truth. Strong, rarely in the news, has resurfaced once again. Check out the article to understand why.

On February 7, Peggy Noonan wrote an opinion column in The Wall Street Journal, titled “America’s Power is Under Threat.” Ms. Noonan identifies the vulnerabilities inherent in our national power grid, whether it is from an electromagnetic pulse, hacking, or terrorism. For those of you have been following the news closely, you’ll recall several events over the past few months where various grids have been under attack. I urge you to read her column as well.

Last year, on November 20, Glenn Beck and Harriet Parke published a book titled Agenda 21. It is a futuristic thriller describing life under global governance invoked to sustain the earth’s resources in a presumed over-developed and over-populated world.

I’m sure at this point you’re asking yourself, “What are the connections between these events?”

Astonishingly, the answers can be found in a manuscript that I submitted to my publisher, David Dunham on October 1, 2013. And tomorrow on, February 25, that manuscript (now the book) will be available for sale.

This is guaranteed to be an EXPLOSIVE conclusion to: